Russian Medical Universities occupying around 30 positions among the top 100 medical schools as per WHO Rankings. Russian universities offer the most advanced and sophisticated standard of medical education in the world as each medical university is well equipped and teaching methods are streamlined and regulated. Russian Medical Universities are approved by WHO and NMC India. With outstanding facilities, the latest technology, and infrastructure studying MBBS in Russia has been the first choice for Indian students. According to Indian Embassy in Moscow over 6,000 Indians students are currently studying at the best medical colleges in Russia.

These are the top medical universities in Russia for Indian students, based on their reputation and research in the field. 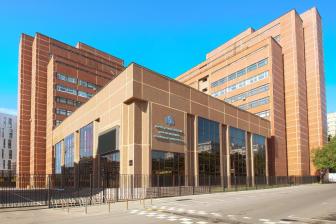 The university was founded in 1758, it is one of the top leading medical universities of Russia that has become a cradle of most medical schools and scientific societies. Sechenov First Moscow State Medical University is ranked #1321 in Best Global Universities. For over two centuries Sechenov University has been a pioneer in the Russian healthcare system. A lot of outstanding physicians and scientists, who contributed significantly to the progress in medicine, worked at the University. In 2018, Sechenov University celebrates its 260th Anniversary.
World Rank: #451 | Country Rank: #38 | Tuition Fee: US$ 9800 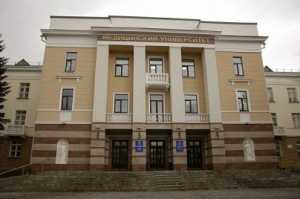 Volgograd State Medical University gained a very high rank among the Russian medical universities. Since it was founded, the University has attracted highly qualified staff with experience of teaching in many regions of the world. Nowadays the teaching staff of the University numbers 763 highly qualified professors and instructors with 11 academicians, 96 professors, and 401 associate professors among them. World ran: 3108; Annual tuition fee: 5900 $. read more

Crimea State Medical University is known as one of Russia’s leading research and teaching centers with a total of about 5,000 students. Crimea State Medical University named after S. I. Georgievsky is the institution of higher medical education situated in Simferopol, Russia. According to some independent estimations, it is from the top 10 medical universities in Russia. Crimea Medical University has been a center for academic and vocational medical education and medical science in Crimea and at the same time offering a specialized course in the field of General Medicine and Pharmacy. World rank: 3512; Annual tuition fee; 2,50,000 Rubles. read more

The new status creates special conditions for development. The victory in the competition shows the acknowledgment on the federal level that Belgorod State University can not only put the two-level system of personnel training for high-technology and applied researches into practice but also provide effective technology transfer in the economy of Russia. World rank: 857; Annual tuition fee: 4900 US Dollars.
read more

The Saint Petersburg State Medical University contributes considerably to the development of Medical Sciences and Health Care Services in Russia and it is recognized in the World as a big center for training specialists in various medical areas. The University has great scientific – teaching potential and has good relations with many Medical Schools and Institutions in different countries. Students being thought at St Petersburg State Medical University have a possibility to study on the modern level keeping the best traditions of old Russian Medical Schools. World rank #3804, Tuition Fee  3,80,000 per year. read more

Orenburg medical University is considered to the best University in Russia for Indian students. The faculty provides the students with the field of General Medicine. Around 200 specialists pass out every year from this University who serve the patients all across the globe. During the training program, there are around 54 subjects for the students. World rank #5109, Tuition Fee  4,00,000 per year   read more

On the basis of the information received from the Indian Embassy/ High Commission of India concerned, the Medical Council of India (MCI) has released the list of Russian medical universities approved by MCI.