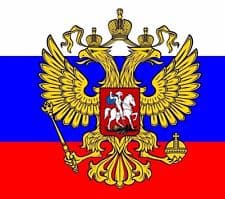 Spanning two continents and sprawling over an astounding 17,075,400 kilometers, Russia is the largest country in the world and a great power. But size is not the only thing that’s impressive about Russia. Swift economic recovery after the collapse of the Soviet Union and superior military capabilities are complemented by an enigmatic and fascinating culture.

Russia is a permanent member of the United Nations Security Council and one of the five recognized nuclear weapons states.It is also the leading nation of the Commonwealth of Independent States, a member of the G8 as well as other international organizations.

The capital of Russia is Moscow.Located on the Moskva River, Moscow is also the country’s principal political,economic,financial,educational,and transportation center. It is also the site of the famous Kremlin,which now serves as the ceremonial residence of the President of Russia.

RUSSIA – THE BIGGEST COUNTRY IN THE WORLD: It borrows two thirds of Asia and third of Europe and so it is extended from the west to the east, that in its territory eleven time zones find room. When inhabitants of Saint Petersburg prepare to go to bed, miners and shepherds northern олений, living far in the east, already begin a working day new. On the most part of territory of Russia a climate cold with soft, but in the cool summer and frosty winters. In the far north where the most part of the ground is borrowed (occupied) with tundra, winter temperatures fall up to-90 F (-70æ.) To the south from tundra almost through all country the wide belt (zone) of coniferous woods lasts. Ural mountains divide Russia into two regions. To the west from Ural the European part of Russia concluding only a quarter of all territory but where lives the four fifth population of the country, is developed (unwrapped) the large-scale industry and the most fertile grounds lay. To the east from Ural Asia, Siberia, extensive wild edge (territory) which on the area is more than USA and the Western Europe, taken together was stretched. In a southern part of this region, near to Mongolia, the deepest is located in the world lake Baikal in which contains the one fifth fresh water of a planet. Siberia is rich minerals, in particular coal and petroleum. Chukotski peninsula in Eastern Siberia is considered the most east point of Asia that is only in 50 miles (82 kms) from Northern America. Till 1991 Russia was a part of larger country of Soviet Union which included 14 modern countries of the East Europe and the central part of Eurasia.

Russia is geographically the world’s biggest country. The country is divided in 12 time zones. Moscow time is -4h of Greenwich Time. The time in Arkhangelsk region is according to Moscow time.

Russians about Foreigners, Foreigners about Russians

If you don’t know something or are unsure about something, do not hesitate to ask! Besides, Russians themselves are talkative and like to ask from other people for example the right way. Or, stopping a stranger in the street for asking just time is also quite common.

It’s important not just for your studies, but also for your adaptation in Russia to learn Russian language. Nowadays there are English speakers all the time more and more, but in general young people are ready to use foreign language. So, get ready to handle all your things in Russian. Practically everything is in Russian, and information in English (or in other languages) is quite hard to find.

But when Russians hear foreigners talking in Russian, they surely comment this in polite way and are impressed, if you can use their language – no matter what the level of your Russian knowledge is. And, naturally, it’s easier to create friendships when you have a common language. This example tells also about the politeness of the Russians. Besides, they are helpful and friendly, and this kind of notion one can make especially in Arkhangelsk, where the busy and hectic lifestyle of big metropolitans hasn’t affected to the people’s attitude towards other people. Unfortunately, racism is a problem in Russia, which causes everyday problems especially in the biggest Russian cities, and this should be taken into account when traveling in e.g. St. Petersburg or Moscow. In Arkhangelsk the situation for foreigners is much easier.

You will notice straightforward Russian behavior in a local bus during the rush hour: if you cannot give your money to the conductor because of the crowd, it’s handier to give the money to the person next to you or who is most near the conductor. In general, Russians are open-minded people who like to chat with others. To this belongs also that they may quite straight make comments, ask questions or start a conversation with you. To Russian politeness belongs open concern about other’s well being, so you probably will hear advice concerning different aspects of life.

Russians use often their patronymic. Using person’s first name and his/her patronymic is a polite way, and when talking about or with some of your teachers, remember to use this form. Strangers you naturally address formally, and this is common in every age group, even among young people.